Home
FAQ
How Does Bail and Bond Work?

How Does Bail and Bond Work? 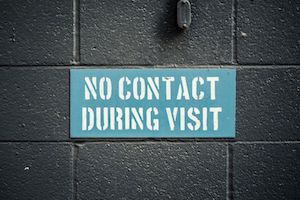 If you’ve been charged with one of the offenses listed below, AND the alleged victim is your ex, spouse, boyfriend/girlfriend, parent of your child, or someone you live with like a spouse, the charge will most likely be categorized as domestic violence.

That’s important, because that can affect whether you can post bond, get bailed out, and/or may be subject to a hold pursuant. N.C.G.S. § 15A-534.1 addresses “bail and pretrial release” for Domestic Violence charges in North Carolina.

The criminal charges subject to special consideration by the courts may include felony or misdemeanor charges such as:

Who Sets Pre-Trial Release and Bond in NC? 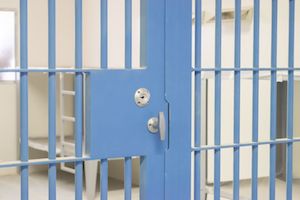 In most non-domestic violence cases, your conditions of pre-trial release will be set by a magistrate when you are arrested and taken to jail. In those cases, you may be released on a written promise to appear, an unsecured bond, or a secured bond.

However, in domestic violence cases, the laws of North Carolina require pre-trial release conditions to be set by a district court judge. This means a magistrate cannot set your bond when you get to the jail.

So how long will this process take?

In doing so, a magistrate would set the conditions pursuant to the provisions of N.C.G.S § 15A-534, which governs the procedure for determining conditions of pre-trial release.

Although Raleigh is one of the larger cities in North Carolina, with numerous magistrates, district court judges and courtrooms at its disposal in the Wake County judicial system, there are still scenarios where setting pre-trial release conditions for domestic violence cases can be delayed.

The most common scenario would happen if you are arrested on a Friday night or over the weekend. If that happens, you’re probably going to be stuck sitting in jail until Monday. District court judges don’t hold court over the weekend, so there won’t be a judge available to set your bond conditions until Monday.

In DV cases, judges typically include a series of other conditions that you must follow if you are released from custody. Just like other standard conditions of release when you bond out, violating one of these conditions can land you right back in the slammer.

Some of these conditions include the following:

If you’ve been charged with a domestic violence offense, or think you may be charged, contact the criminal defense attorneys at Fanney Law Office. Don’t wait until you’re stuck in jail. Let attorneys John Fanney and Kevin Long fight to get you fair bail. Call now (919) 617-7009