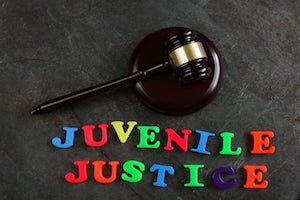 Beginning December 1, 2019, the “Raise the Age” initiative, as set forth pursuant to the Juvenile Justice Act, goes into effect.

One of the stated purposes of Raise the Age or “RTA” is to address what some refer to as the School to Prison Pipeline.

The hope is to limit the long-term effects of criminal charges, for some legal matters, to offenders who have not yet reached the age of 18 at the time of the offense.

“How criminal charges in Raleigh are prosecuted will be different. It may ultimately prove to fundamentally affect caseloads in District Court, Superior Court, and Juvenile Court in Wake County for generations.”

There are legitimate, real-world concerns about Raise the Age and how it will ultimately affect enforcement actions by police and the prosecution of criminal charges in Raleigh and throughout the Pine State.

As one of the larger jurisdictions in North Carolina, it seems likely the Wake County court system may be impacted more than some judicial districts.

Questions remain such as:

The Council for Children’s Rights in Charlotte has some concerns, as do criminal lawyers in Raleigh.

“We really don’t yet know how this will affect how cases are presented in court. The intent is to divert lower-level, more minor felony and misdemeanor charges to Juvenile Court.”

One of the more obvious concerns involves funding. Will there be enough funds appropriated to handle a sudden influx of criminal charges in juvenile court?

Adjudications of “delinquency” tend to be time consuming affairs.

They also may involve referrals to the Department of Social Services (DSS) / Child Protective Services (CPS), further complicating the process, when issues of abuse, neglect, and dependency result in criminal charges.

Raise the Age: What is It?

North Carolina has for decades prosecuted minors, treating them as adults. Even after the Juvenile Justice Act and RTA, that remains an option in a fair number of circumstances.

Under RTA, certain low-level felony and misdemeanor charges will be addressed in Juvenile Court. Rather a conviction of “guilt,” a juvenile will be determined (if guilty) to be “delinquent.”

The age to be “raised” is for children who are 16 and 17 years old. Once they reach the age of “majority” (18 years old), they are prosecuted as adults.

Despite the substantial changes to the NC criminal law procedures, some criminal defendants who are not yet 18 may still be prosecuted (and indicted) as adults.

There is another notable exception to Raise the Age: Motor Vehicle Offenses.

DWI charges, traffic tickets, and Chapter 20 violations are specifically excluded from the legislation.

Given impaired driving (DWI/DUI) may serve as a predicate offense for more serious felony charges such as Serious Injury by Vehicle and Felony Death by Vehicle, RTA authorizes criminal prosecution as an adult. 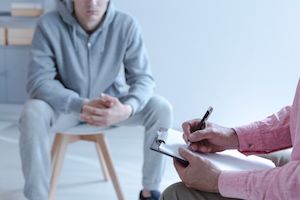 It would be a mistake to assume there are not consequences in Juvenile Court. Adjudication as a “delinquent” is a big deal.

It can result in Training School and other forms of punishment such as probation, substance abuse treatment, and even House Arrest.

“Our goal is to help anyone facing criminal charges navigate the system. Juvenile Court has special protocols and procedures. We are available for consultation.”

It’s also important to understand that even if criminal charges start in juvenile court, that does not necessarily mean the State cannot later seek to “transfer” the matter to “adult court.”

If anything, Raise the Age and the Juvenile Justice Act likely increased the complexity of presenting matters for prosecution. We still recommend clients to “Take the 5th" and exercise their Right to Remain Silent.

Ask to speak with a lawyer immediately. That’s a Constitutional Right as well.