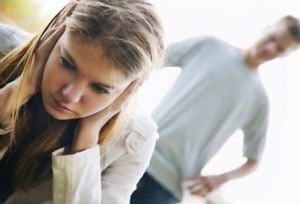 All couples argue. For some couples in certain situations, the argument can escalate into physical contact, violence, and Domestic Violence Offenses. When there is evidence of domestic violence in North Carolina, the assumed perpetrator may be charged and taken into custody.

What are Domestic Violence Charges?

The United States Department of Justice defines domestic violence as “a pattern of abusive behavior in any relationship that is used by one partner to gain or maintain power and control over another intimate partner.”

The couple does not have to marry, which allows victims to include boyfriends/girlfriends as well as spouses. Domestic violence is not only physical; it can include emotional, sexual, psychological or economic actions or even just the threat of such behavior. Any behavior that frightens, intimidates, threatens, manipulates, hurts or humiliates another person may fit this definition.

While the majority of domestic violence victims in the past have been women, men may also be victims. It may occur in heterosexual or homosexual relationships. The couple may be living together or just dating. It also includes former relationships as well as those who are only roommates.

Penalties for Domestic Violence in NC

When a person is accused of domestic violence, the other party may obtain a restraining order to keep them away. It also grants the victim temporary custody of the children, possession of a residence, and orders the accused to stop certain actions, which may include calling or texting the person. If a person is convicted of domestic violence, they may be required to pay attorney’s fees and child support as well as alimony.

How to Choose Your Criminal Defense Lawyer

Protective orders last for one year, but they may be extended if it is deemed that the person continues to be a threat. A conviction can come with a sentence to jail, which may be for months or even several years, depending on the circumstances and the person’s record. In North Carolina, certain domestic crimes result in a Petition for DVPO Domestic Violence Protective Order.

The North Carolina General Statutes (Chapter 50B: Domestic Violence Laws) set forth the process and procedure for the issuance of a restraining order. In considering whether to issue a “50B Order” the Court may consider:

If a person violates a protective order by trying to contact the victim or entering a prohibited residence, the person may be arrested even without an arrest warrant. They may receive an additional conviction of a Class A misdemeanor. This often means up to 60 days in jail.

In many instances, the person is falsely accused of domestic violence by a vindictive spouse or partner. In these situations, it’s important to obtain legal representation to build a case on the accused’s behalf. If you’re facing allegations of criminal charges, felony or misdemeanor, call an experienced criminal defense lawyer.

How is Criminal Court Scheduled in North Carolina?

We provide sound legal advice and guidance for serious criminal charges. It’s important to build your defense strategy and gather evidence, talk to witnesses, and protect your legal rights. Defense attorneys will want to carefully review the facts of your case, including circumstantial evidence relating to the criminal charges.

If the case is based mainly on the testimony of the alleged victim, your defense attorney will want to gather and preserve evidence, which may include police reports, diagrams, video evidence, statements, prior inconsistent testimony, and witness statements.

Now is the Time to Begin Your Defense to Criminal Charges

Even if you have committed a behavior which constitutes domestic violence, your situation is not hopeless. You may be able to receive a reduced sentence or treatment in place of sentencing. 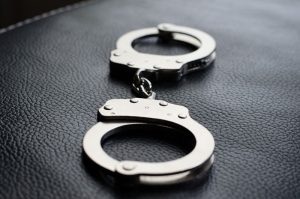 For instance, some people commit an act of domestic violence due to illicit drugs in their system. In place of jail time, they may be sent to a drug rehabilitation facility. Others may be required to go through anger management programs. For many, jail time is not the answer, but an alternative solution can provide a better option.

Domestic violence may be a felony charge that stays on your permanent record if you are convicted. For this reason, you need to seek the advice of an attorney experienced in cases of domestic abuse. You may be limited in employment opportunities or even rental properties if a background screening reveals a conviction of domestic violence.

How do Defense Lawyers Help?

It’s not recommended for you to represent yourself in such a case even if you are innocent of the charge. Public opinion is often swayed to the victim even without a trial to determine the validity of such a claim. Many times, a simple acquittal is not enough to exonerate you to others. A defense attorney can prove your innocence beyond a reasonable doubt with the right information from an exhaustive investigation. You deserve to have the best defense possible for your situation.

Often, Domestic Violence charges are the result of a heated dispute with a spouse, a separation or divorce/custody dispute that has become hotly contested or a substance abuse problem that has caused a person and their relationships to degrade. Whatever the cause, Fanney Law Office, PLLC has helped many individuals and couples deal with the stresses caused by a domestic violence charge. John has helped individuals wrongly accused of these offenses as well as those who know they have crossed the line with a loved one. John has experience in advising and counseling people through the legal pressure that these charges place on them and their relationships.

The range of crimes considered domestic violence offenses is perhaps the second most prosecuted area of crime behind DWI. North Carolina has invested significant resources to combat domestic violence, such as Domestic Violence Courtrooms, Prosecutors, Judges and Programs set up to deal with these offenses. John is familiar with these special courtrooms and judges and will put his experience to work for you in getting you the best outcome available for your particular situation.

Contact Fanney Law Office, PLLC to discuss the details of your case. Tell John your story and let him help you make the best decision about the next steps to take. He will listen to you before offering legal advice based on his many years in the courtroom and numerous domestic violence cases he has brought to resolution.

Contact Us
Criminal Defense
North Carolina Criminal Law Updates - Family Law – Domestic Violence
Client Reviews
★★★★★
Thank you so much for all your hard work at dedication with dealing with my cases. I appreciate how efficient and professional that you have always treated me. I trust your team to all my legal needs and will definitely highly recommend you to anyone in need of great representation and a not guilty verdict. B.S.
★★★★★
I just wanted to say THANK YOU for all your hard work! I appreciate everything you have done more than you could ever imagine. You are AMAZING! You’ve honestly given me my life back! No more stress! Please believe I have learned my lesson! I will send everyone your way!! Thanks again! J.D.
View More
Submit a Law Firm Client Review