Self Defense Laws in NC 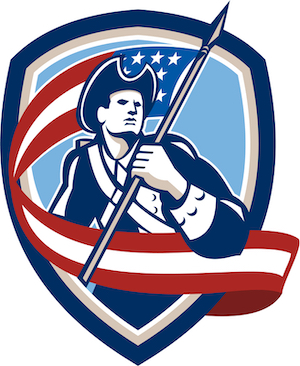 Under the Stand Your Ground Laws in North Carolina, the use of force is authorized in the defense of self or others if reasonable.

Furthermore, the victim of aggression in certain circumstances is not required to “retreat.” You may, quite literally, “Stand Your Ground.”

Deadly force may also be used in protecting your household. Criminal defense lawyers in Raleigh sometimes refer to that as the Castle Doctrine.

Self defense and the defense of others are ordinarily deemed affirmative defenses, assuming a matter is even prosecuted.

There are certain presumptions under the North Carolina criminal laws that benefit someone acting in self defense that could indeed preclude an indictment and prosecution.

Warrants for Arrest in NC

If the law is followed, there is both civil and criminal immunity from prosecution.

What is Self Defense in North Carolina?

The use of force, including the use of deadly force, is recognized both under the North Carolina criminal laws as well as by our appellate courts.

Chapter 14 of the North Carolina general statutes (N.C.G.S. Section §14-51.3) provides for the use of force if the accused is defending against possible the infliction of serious bodily harm or death.

Self defense in NC is authorized in instances of unlawful entry into one’s home, vehicle, or place of employment.

Both Self Defense and the defense are subject to a “reasonableness” standard.

The fear of immediate harm to others or to yourself must be reasonable. In exercising use of force, the non-aggressor must do so in a reasonable fashion.

The level, nature, or extent of the force necessary must also be reasonable.

In North Carolina you may use deadly force and may not have a duty retreat if either of the following is true:

Pursuant to N.C.G.S. §14-51.3, the use of force, if deemed reasonable, provides legal protections against criminal prosecution and civil liability.

NC Legal Presumptions in Self Defense and Deadly Force

In instances where the person exercising use of force is the lawful occupant of their home, vehicle, or workplace, there is a presumption that their fear of serious bodily harm or imminent death is reasonable.

In North Carolina you may not have a duty to retreat.

As such, it is OK to stand your ground against someone who seeks to cause you serious bodily harm or your death if they are an intruder.

In so doing, you must proceed reasonably.

The use of deadly force is obviously serious. If you have questions about your legal rights, responsibilities, and duties under the NC Stand Your Ground laws, you should obtain legal advice from a criminal lawyer in Raleigh.

In defending yourself from an attack it is necessary to reasonably believe the use of force is required to prevent great bodily harm or prevent imminent death.

Whether something is reasonable or unreasonable is a determination made by a jury if the issue goes to trial. The jury would therefore necessarily consider what took place at the time the use of force was exercised.

Legal Defenses and Retaining a Lawyer 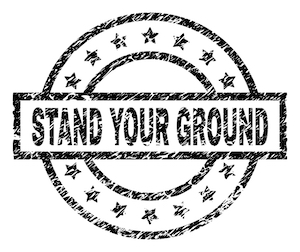 If you have been involved in a use of force incident, it's advisable to immediately retain legal counsel.

Do not give a statement or speak with law enforcement officials.

Retaining legal counsel is not evidence of guilt. The fact that you spoke with a lawyer cannot be used as evidence against you at trial.

"I think ordinary citizens should do what police do for their own. If a cop is involved in a use force case, they stop talking. They give one-another a cooling off period before asking for a statement."

They understand psychological trauma stress can create memory issues and problems with recalling, perceiving, and accurately describing what took place.

While detectives do everything they can to interrogate a suspect and obtain immediate statement, if the accused happens to wear a badge and carry a gun, not so much.

Experience shows detectives much prefer talking to the accused without lawyers.

There is a reason for that.

Our job is to help people in times of need.

If you are involved in a Use of Force or Stand Your Ground type incident, you should seek legal advice immediately.

Do not cooperate with an investigation.

Be polite but decline to answer questions. Take the fifth.