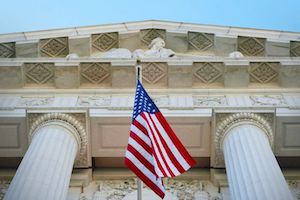 In North Carolina, there are two types or degrees of kidnapping. That may come as a surprise to you.

When people think of kidnapping, in the traditional sense, they may think of someone abducting a child or another person. You may even think of it as holding someone hostage or for ransom.

Under the NC criminal laws, there are two types:

Kidnapping in North Carolina is a Common Law Offense, which means the roots of the law come from England. Years ago, kidnapping was more common than today.

“It is still an extremely serious felony charge and is likely broader than what you have seen in movies or TV.”

What is Kidnapping in NC?

Kidnapping can be charged in a lot of different scenarios.

So, what does the law say? If you’re charged with Kidnapping in Wake County, North Carolina, you will either be charged with First Degree or Second Degree.

If you are charged with Second Degree Kidnapping, the State must prove the following things beyond a reasonable doubt:

Degrees of Kidnapping in North Carolina

If you are charged with First Degree Kidnapping, the State must prove everything listed above, beyond a reasonable doubt, with the additional aggravating factual circumstance:

As you can see, there is a lot that the State MUST prove to convict you of kidnapping. And to prove it, they must have EVIDENCE to back it up! Evidence beyond a reasonable doubt!

What Does Indicted Mean? 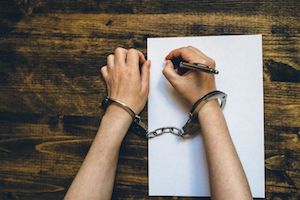 Reasonable Doubt is the highest standard of proof in the land and is one of your many important constitutional rights. You have no burden of proof. The State (the prosecutor or the “DA” in North Carolina) has to prove each and every element of the offense of Kidnapping Beyond a Reasonable Doubt.

You’re not even required to present any form of evidence and the fact that you stand silent in court cannot be used against you as evidence of guilt.

These cases are no joke. If someone accuses you of kidnapping, lawyer up. Allegations of kidnapping in NC can do more than just destroy your reputation or livelihood. If you are convicted, the maximum term of prison is 231 months.

If you are charged with Kidnapping in Wake County, North Carolina, the attorneys at Fanney Law Office have your back.

We'll carefully analyze the Motion for Discovery, review the police investigation and witness statements, making sure it was done right and is legal.

If you have been charged with Kidnapping or some other felony or misdemeanor charges, give the criminal lawyers at Fanney Law Office a call at (919) 617-7009.

When your future is on the line, you want lawyers with experience and knowledge in your corner. We’re here to help. Call our Criminal Defense Lawyers Raleigh NC