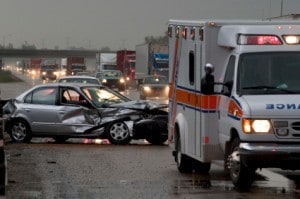 You get in your car after a long day of work or an overnight shift. You may be driving home from a party after enjoying a few cocktails, or you’ve been traveling for too long without sleep on a trip. An accident can happen in an instant when you fail to notice your surroundings or respond quickly enough. The result – someone dies because you hit them with your vehicle.

Many situations result in a death caused by a vehicle. Alcohol or drugs may or may not be involved and the accident may or may not have been intentional. Careless driving can also cause accidents because the person wasn’t alert or paying attention to what they were doing or what was happening around them.

Numerous charges can result in an accident involving a vehicle that results in someone’s death. They include:

All of these are serious charges. Even a misdemeanor charge can impact your life in many ways and result in a charge on your record. Some, such as voluntary manslaughter and murder can result in years of prison time.

How to Choose a Criminal Defense Lawyer

Many of these charges follow an incident where the person was driving while impaired or after consuming alcohol or drugs. For some, they may have been driving while taking prescription medication with warnings not to drive. Most people don’t expect to get in an accident, but they fail to recognize their own limitations.

Penalties for Death by Vehicle

North Carolina has stiffened its penalties for these charges. Even a misdemeanor can now result in up to 60 days in jail. Felonies involving a vehicle-related death can be quite harsh. Stiffer penalties can be expected for those charges which show an intent to commit the act. For instance, the difference between voluntary and involuntary manslaughter is quite clear. With voluntary manslaughter, the person intentionally caused injury and death to another person. Involuntary manslaughter occurs when that death is attributed to reckless or careless behavior with a disregard to the consequences.

A voluntary manslaughter charge in North Carolina carries a minimum of four years in prison as a penalty. It is a felony charge that will stay on your record. If the case calls for it, you may even be charged with murder. 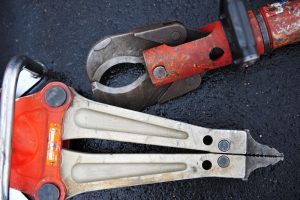 In the case of manslaughter, judges are permitted to consider both mitigating and aggravating factors when determining sentencing. For instance, intoxication will most certainly be considered an aggravating factor as will previous DWI charges. Mitigating factors might include someone with a clean record and a positive history in the community. While this will not factor into conviction, it can impact the sentencing.

Sentencing for a felony death by vehicle can range from 15 months to 480 months, depending on the circumstance. The most serious penalties are reserved for those who have Repeat Felony Death by Vehicle. This means up to 40 years in prison because someone was killed by a driver in a vehicle.

Even a misdemeanor charge should be taken seriously. To be considered a misdemeanor rather than a felony, no impaired driving must be present. This means the person wasn’t intoxicated while driving. To receive a misdemeanor charge for the death of someone, the driver must have broken a law. They may have ran a red light or been driving on the wrong side of the road. The event could have happened because they failed to pay attention or were getting tired.

How is Criminal Court Scheduled?

On the other hand, driving at a high rate of speed may result in a felony charge because of a reckless disregard for the law. Driving fast in heavy traffic could result in either a misdemeanor or felony charge.

Why You Need Legal Representation

Because of the numerous factors involved in a death by vehicle charge, it’s important to have an experienced attorney on your side. They can review your case and determine the next step. They may challenge the evidence presented against you and fight for an acquittal. In other situations, they may deem it best to seek a lesser penalty. For instance, they may work to change the felony to a misdemeanor.

An attorney will present mitigating factors to defend you. It may be your previous exemplary driving record or it may include other factors such as weather or road conditions. An experienced attorney knows the best avenue to defend your case in court. They will work to show that you do not deserve to be penalized with the charges brought against you. A thorough investigation will be conducted to bring to light facts that support a lesser charge or an acquittal.

Often a night on the town and a decision to drive away leads to a heart-breaking and serious situation. These situations require an experienced lawyer like John K. Fanney of the Fanney Law Office, PLLC to guide you through a traumatic and potentially devastating legal experience. John has represented people charged with offenses such as DWI Death or Felony Death by Vehicle, Murder, Voluntary or Involuntary Manslaughter, Misdemeanor Death by Vehicle and Assault with a Deadly Weapon Inflicting Serious Injury.

John is one of the most experienced, dedicated and widely recognized DWI lawyers in North Carolina and these offenses often stem from an incident of Driving While Impaired. See our DWI page for more details on how this experience and dedication can be put to work to help you through the worst situation you may ever face.

In other situations, no alcohol or drugs were involved. It may have been a lapse in judgment or a wrong decision, but John will work to defend you in any situation. He will listen to your story and review your case to determine how best to proceed. He will then advise you on your options, explaining how each will impact your future. Contact John today at the Fanney Law Office, PLLC if you have been charged with any kind of death by vehicle offense.