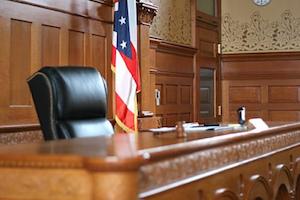 Most crimes a person will be charged with are state crimes and are handled in state courts. However, certain crimes and situations compel them to be labeled as federal offenses, which means they are tried in federal courts.

What Constitutes a Federal Offense?

A federal offense is one that breaks a federal law rather than a state law or it occurs on federal property. It may also happen in multiple states, such as drug trafficking. Examples of federal offenses include the following:

Federal crime are investigated by federal officers. This includes the FBI and Drug Enforcement Agencies. Trials are held in federal courts where judges are appointed for life by the US president. They are prosecuted by assistant US attorneys. These cases generally take longer to reach a resolution than with state crimes.

Punishment is usually harsher in federal offenses than with state offenses. Judges follow sentencing guidelines and there is less room for negotiation than at the state level. This does not mean you have no chance with negotiation, but it does mean you need an experienced attorney on your side.

If you are charged with a federal offense, you need an attorney with experience in the federal court system. They will know the rules and procedures and not make a costly mistake because of lack of experience.

An attorney with a track record in the federal court system will be familiar with the judge as well as the process. They will know the best way to proceed once they learn the facts of the case. They can review documents to determine how strong the case against you is and how much evidence the federal prosecutor has. It’s important to realize that the federal government has the best people appointed and the best resources at its disposal. To enter the trial with anything less than an experienced attorney puts a higher risk of conviction for your case. 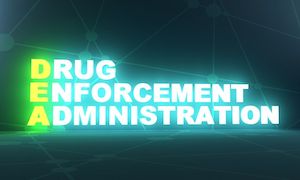 A federal attorney will know when to seek an acquittal and when to ask for a lesser charge. They will be able to advise you on your options and which one is the best for your situation. The average person is not familiar with the federal court system and will feel intimidated by going against big agencies like the FBI. An experienced attorney can alleviate those fears by having the confidence that comes from a proven track record. Not only should you look for someone who has been in federal court, you should seek out an attorney with a record of wins in that arena. This ensures you that you have someone who knows what they are doing and will be able to provide solid legal counsel for your particular situation.

If you are innocent of the charge, you need an attorney who will fight for your rights and seek an acquittal of all charges against you. If you are guilty, you need someone who will ensure you get a fair trial and receive a fair sentence. An experienced attorney can work to build a solid case showing mitigating factors to help reduce the charges or your sentence. Don’t let a federal offense ruin your life when you can work with a lawyer who understands the system and will push for a fair outcome.

John is Board Certified as a Specialist in Federal Criminal Defense by the North Carolina State Bar. He has represented many individuals for federal offenses from Grand Jury Proceedings, Pre-indictment Negotiations, Drug Offenses, Firearm Offenses, to Fraud and theft of Government Property. Federal crimes are more serious than those charged in State courts, and the penalties are harsher. Because Federal court rules and procedures differ significantly from State court, you need a lawyer with Federal court experience. When you hire John and Fanney Law Office, PLLC to represent you, you will have a recognized and experienced attorney on your side.

Contact Fanney Law Office, PLLC if you have been charged with any kind of federal offense. Get the help you need in this frightening and difficult situation.

Contact Us
Criminal Defense
North Carolina Criminal Law Updates - Federal Crimes
Client Reviews
★★★★★
Thank you so much for all your hard work at dedication with dealing with my cases. I appreciate how efficient and professional that you have always treated me. I trust your team to all my legal needs and will definitely highly recommend you to anyone in need of great representation and a not guilty verdict. B.S.
★★★★★
I just wanted to say THANK YOU for all your hard work! I appreciate everything you have done more than you could ever imagine. You are AMAZING! You’ve honestly given me my life back! No more stress! Please believe I have learned my lesson! I will send everyone your way!! Thanks again! J.D.
View More
Submit a Law Firm Client Review