Reforms to the Criminal Code 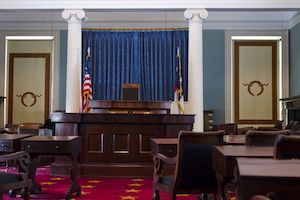 The General Assembly is ordinarily thought to be responsible for the criminal laws in North Carolina. At the same time, it has over the years ceded some rulemaking authority to local jurisdictions

What might ordinarily be thought of a minor civil infraction can carry criminal punishments.

In a law signed by Governor Roy on August 14, 2019, Chapter 14-4.1 mandates local municipalities to disclose all such local matters than carry criminal consequences.

Senate Bill 584, as adopted with participation of the NC House Bill 1010, mandates the disclosure of information.

Apparently, the Legislature’s past efforts to gather such materials didn’t receive the full attention of municipalities with a population exceeding 1,000 or counties exceeding 20,000.

Less than half responded to the 2018 request. Of 500 such jurisdictions less than one-half responded (236) to the December 2018 deadline.

Senate Bill 584 is captioned (entitled) Criminal Law Reform. It remains to be seen whether anything will come of the legislation, even assuming a more expansive response from cities, towns, and counties in North Carolina.

Compliance with the new Criminal Law

In an era dominated by electronic records and recordkeeping, one wouldn’t be blamed for asking, “How hard can it be to turn over the criminal laws on the books?”

Surprisingly, many such matters are so infrequently used they may not be “digitized.” Furthermore, it’s not unheard of for even the local municipalities to fully understand the impact of such matters as criminal charges.

“It seems likely even the local towns and cities don’t know their ‘ordinances’ carry criminal consequences.”

Instead of ignoring the 2018 request by the General Assembly, the municipalities could have responded by telling Raleigh:

One would expect that is in part due to the literally half-hearted prior response by less than 50% of the municipalities covered under the law.

Failure to comply with §14-4-.1 likely won’t cause many lost nights of sleep. Noncompliance results in a two-year ban on passing on new ordinances that carry criminal punishments.

Given many cities and towns failed to comply likely because they aren’t quite sure of their own laws, suspending the ability to pass even more new laws, and only those with criminal penalties, is not problematic.

If the Legislature wished to add teeth, they could have imposed a per diem fine or penalty for failing to comply.

It could have further banned enforcement of any local criminal statutes. It also had the option of setting aside any ordinances with criminal punishments, leaving all such rule-making authority to the General Assembly.

Some question by the Legislature allowed local towns and cities to pass and enforce ordinances with criminal consequences in the first place.

While Raleigh clearly intends to hold local jurisdictions' feet to the fire in moving forward, the process of “Criminal Law Reform” could easily stop dead in its tracks with the North Carolina General Statutes Commission.

NCGSC is charged with studying the various and sundry local laws, making recommendations as it may deem appropriate to the General Assembly.

That could take quite some time, as the patchwork of local ordinances may amount to tens-of-thousands criminal laws unique to the jurisdiction.

For example, criminal penalties appear to apply in the following:

Other Legal Issues and Topics of InterestRaleigh Criminal Defense Lawyers 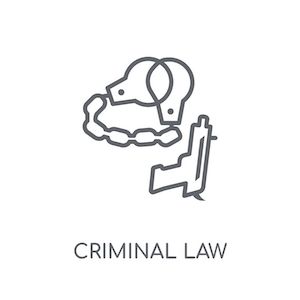 Ignorance of the law ordinally is not considered a defense to criminal charges. Under the “Common Law,” one is expected to know and understand what is expected of citizens.

As it relates to the Raleigh City Code, maybe ignorance should be a defense.

Some offenses may qualify as misdemeanor charges, even if they may otherwise be covered pursuant to NCGS Chapter 14, Chapter 15, Chapter 15A, and/or Chapter 20.

If you’ve been “cited” with a City Code or ordinance violation, it’s a good idea to “lawyer up.”

Many, if not most criminal laws in Wake County provide a free consultation.

That means we don’t charge legal fees to answer basic questions and explain the process as part of legal representation.

Even minor infractions, those that seem pretty insignificant, can carry long-term consequences if technically classified as a criminal charge.

If penalties involve the possibility of jail (incarceration), it makes sense to consult with an experienced Raleigh criminal defense attorney.

It doesn’t matter if you face a misdemeanor or felony charge, or even that the allegations may be a City Code Violation, we’re here to help.

Our Wake County lawyers keep secrets. That’s what is meant when we say the consultation is “consultation.”

What you tell us remains between us. That’s true if you ultimately decide to retain our law offices for services.

You may reach John Fanney directly by email at: John@FanneyLaw.com