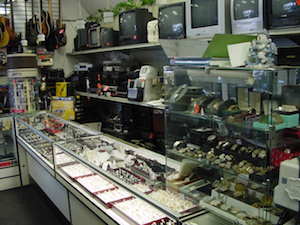 Larceny and fraud are two serious crimes in North Carolina, which may result in charges and severe penalties. Anyone who has been charged with either crime should seek out the legal counsel of an experienced attorney like Fanney Law Office, PLLC.

Larceny in its simplest form is taking property that doesn’t belong to you with the intent of keeping the rightful owner from using it. Larceny may be classified as either a misdemeanor or a felony. It is basically theft, and it’s often the result of shoplifting.

Larceny is considered a misdemeanor if the amount of stolen goods is less than $1000. Once the total is over this amount, it becomes a felony. Also, if items are stolen in a burglary, it’s automatically a felony charge. Multiple items stolen still constitutes one charge as long as it was a single act.

Penalties and Defense for Larceny

Penalties can range from community service to probation to jail time, and it may include fines. The actual penalty will be based on the accused’s prior record and the crime committed. One defense for larceny is that the person thought the item was theirs. Even if the belief is wrong, the defense must prove that the defendant didn’t know it was not theirs. This is often difficult to prove and requires an experienced attorney for representation.

If a vehicle was used in the crime, it may be subject to seizure. In addition to criminal charges, a person convicted of larceny may also be subject to civil penalties, which means paying damages to the person from which the items were taken. Parents of a minor may be responsible for paying for the damages even though they are not held responsible for the misdemeanor or felony charges.

Fraud is defined as seeking to obtain or items of monetary value through false information or deception. This includes a wide range of situations and instruments. For instance, insurance fraud implies one will receive insurance coverage for a payment but coverage is denied for no reason. Someone who assumes the identity of another to receive money or monetary goods can be charged with fraud.

Other instances include writing checks with no funds in the bank to cover the checks or promoting the value of an item over what it is actually worth. An individual or a business can commit fraud.

To constitute fraud, it must be proven that the person knowingly provided false information and that the other party received a loss as a result. For instance, a business may be offering a product that does not do what it promises. A sales person may be unaware of the defective nature of the product when promoting it or even that it doesn’t really exist. The business could be charged with fraud while the sales person would not be found guilty.

Penalties and Defense for Fraud 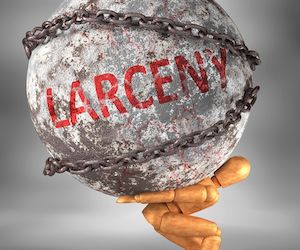 The penalties for fraud include imprisonment or probation, payment of fines or a combination. The exact penalty will depend on the seriousness of the crime, the amount received and the previous record of the accused.

Defense for a charge of fraud will often include proving a lack of knowledge about the fraudulent activity. For instance, in the case of the sales person, they might be charged with fraud until it is proven they had no knowledge of the situation.

In the case of the insurance company, the coverage could have been denied because not all relevant information was received. This would provide a defense against fraud because it must be intentional and not accidental.

Providing false information on any legal documents or contracts can constitute fraud. However, it is only considered as such if a loss occurs. If the misinformation provided results in a company losing money, they can seek charges of fraud against the person.

From the above instances, it’s easy to see how anyone can commit fraud without the realization they are committing a crime. Many people embellish or falsify information on paperwork or add to the value of an item without the intention of committing fraud. However, it is up to the prosecutor to decide if it has a valid case against the person. At this point, the accused needs an attorney who can defend them against the charge.

In many cases, an experienced attorney can have the charges dismissed or at least reduce the penalty to fines or probation. It’s important to work with someone who has experience with larceny and fraud if you have been charged with either of these offenses. Each one carries the potential for jail time and may have long-lasting effects on your life. Don’t try to represent yourself with any charge. It takes someone who is knowledgeable of the law and court system to ensure you receive the best results and that your rights are not violated.

John has represented and counseled hundreds of people who have made bad decisions regarding financial matters. He has helped individuals charged with larceny, fraud, embezzlement, failure to file/pay North Carolina Income Taxes, theft of government property, Medicaid Fraud and other theft offenses. Many times these cases can be resolved without jail time and, in some instances, without a conviction. This allows a person to overcome their previous bad decisions without impacting their futures in a negative way.

Tough financial times and poor decisions often lead to criminal charges involving money. You need to make a smart decision and hire an experienced criminal defense lawyer like John to get you the result you need. John handles these cases in an honest and non-judgmental manner. He will care about you, your legal problem and, more importantly, your future.