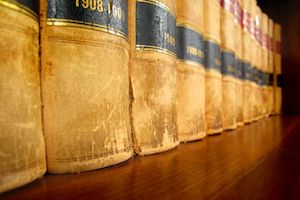 When it comes to DWI charges in Raleigh, everyone seems to have one major question: Should I blow?

That’s understandable, given the power of breath test results to your case. It frankly is a big decision, one that carries the possibility of license suspension and your ability to drive in NC.

“Refusing to blow can result in dire consequences. Consenting to breath tests and even a blood test to determine the BAC can affect the disposition of criminal charges, both good and bad.”

Before you can answer the question, it's important to know your options. Indeed, it’s better to understand the DWI laws in NC and your constitutional rights prior to an arrest for “drunk driving.” And for the record, it’s better not to get arrested if at all possible.

If you don’t know your options and you’re sitting on the side of the road or the breath testing room asking that question, the police officer has the advantage.

What is a Breathalyzer?

It might surprise you to learn there are actually two different general types of breath tests involved in DWI cases, neither of which is actually called the “breathalyzer.”

Do I need a DUI Lawyer?

BTW, the breathalyzer is no longer used in North Carolina, even though the general public still seems to call all breath testing machines a breathalyzer.

One is a roadside test done with a portable breath test device, often called a PBT. That type of test is done before you are arrested.

The other breath test is the official “real deal” breath test that is normally done after you have been arrested for DWI (there are exceptions, one of which includes something called a “pre-arrest test.)

That type of breath test takes place at the police station or detention center (or wherever the LCA Licensed Chemical Analyst chooses) using a machine called an Intoximeter EC/IR II. There are different rules and procedures for each of the two types of tests.

And as is the case with many aspects of law and the legal system, those rules and procedures can be tricky to understand. It helps to have a DWI lawyer in Raleigh standing by your side in court who understands the technology and laws behind breath tests.

What is a PBT?

Let’s start with the roadside portable breath test or what police officers, prosecutors, judges, and defense attorneys commonly refer to as the PBT. It is made by the same company that produces the EC/IR II, Intoximeters, Inc.

The PBT is a screening device and is not reliable enough to be considered as substantive evidence of impairment. Put simply, the PBT is subjet to error and inaccuracy.

If an officer stops you, and suspects you may be impaired, they’re allowed to have you step out of your car to perform a series of tests. These tests are called Standardized Field Sobriety Tests. We call those SFTS’s.

In many, if not most scenarios, the charging officer will also ask you to provide a roadside breath sample. Roadside breath tests are not required to establish reasonable grounds or PC to arrest.

If an officer asks you to blow, you have two options. You can say yes and blow. Or you can say no. An officer cannot require you to blow.

What Happens if I Blow?

The officer will see the alcohol concentration on their PBT device. However, pursuant to N.C.G.S. 20-16.3, the officer is not allowed to rely on that numerical result to make a decision to arrest you or not.

The officer can only consider whether the results of the PBT were positive or negative for the presence of alcohol. The same thing applies in court.

What Happens if I Refuse to Blow?

As mentioned before, an officer cannot require you to blow. However, pursuant to N.C.G.S. 20-16.3, the officer may use the fact that you refused to blow when determining whether or not to arrest you for DWI.

In court, the officer can tell the judge that you refused to blow on the PBT. It’s then up to the judge to decide if your refusal to blow (give a breath sample on the PBT) is important to probable cause.

The Alcosensor PBT results cannot be used as evidence in the determination of “guilty” or “not guilty” question at trial.

Are There Times Where the PBT Number is Admissible as Evidence? 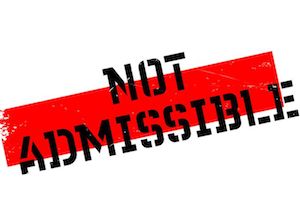 Pursuant to N.C.G.S. 20-138.2, there are some charges where PBT can be important. Whether the numerical reading is admissible or inadmissible is often subject to interpretation of some complex criminal laws in NC… and a fair amount of argument at trial.

Those criminal charges may include:

The NC Department of Health and Human Services has established specific rules and regulations that an officer must follow when asking you to blow on a PBT. If the officer messed up, the attorneys at Fanney Law Office are ready to argue for you!

Call NOW for a free consultation. You can also reach John by email: John@FanneyLaw.com