Home
FAQ
Should I File for Divorce?

Should I File for Divorce? 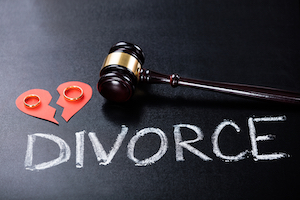 Sometimes certain criminal charges that include allegations of domestic violence (assault on a female, simple assault, battery, communicating threats, etc.), may relate to filing for divorce.

Filing a complaint for divorce in North Carolina, which is a type of lawsuit, is somewhat unique in both procedure and local protocol in Wake County.

The North Carolina divorce laws can be complicated.

That's even more true when there are allegations acts of domestic violence and possibly involve the filing of a Domestic Violence Protective Order or “DVPO.”

Criminal defense lawyers in Raleigh, as well as Family Law Attorneys in Wake County NC, regularly serve as legal counsel for 50B matters.

"If your case involves a 50B, children, and possible DV accusations, we think it’s a good idea to speak with a lawyer before signing any legal document or agreeing to terms of settlement."

Ending a marriage in North Carolina requires a formal civil proceeding. That may involve a complaint for divorce and claims for alimony, support, and equitable distribution.

What is Domestic Violence?

The parties to a marriage may also consent to terms of settlement, which in the realm of Family Law legal matters may be accomplished through the execution (signing) of a Separation Agreement or “SA.”

Divorce proceedings in Wake County are also subject to local procedures, local rules of the court, and preferences on how matters are handled in Raleigh.

That can be different from other nearby jurisdictions.

Unlike an indictment for criminal charges, and action in divorce is filed by the plaintiff in the matter.

With regard to criminal charges, even if associated with a common fact-pattern and the associated allegations, a complaint in Criminal Court is prosecuted by the local office of the District Attorney.

As it pertains to family law matters involving child custody, equitable distribution or “ED,” child support, and alimony, a lawsuit may be required.

A District Court judge in North Carolina grants of divorce issuing what is called a divorce decree. 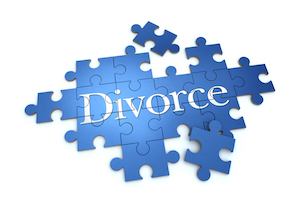 Unlike criminal charges in North Carolina, that are subject to the NC criminal laws and the various Criminal “Acts,” appeals involving separation and divorce issues are not handled in Superior Court.

In fact, divorce cases are not decided by a jury of your peers. There is no jury trial when it comes to proving grounds for a divorce, settling disputes regarding child visitation, custody, or PSS – Post Separation Support.

What’s the Difference Between the Victim and the Plaintiff?

Actually, the victim to a crime in North Carolina may also seek monetary compensation as a plaintiff in a civil cause of action.

What is Assault on a Female?

When appropriate and authorized under the law, the plaintiff may file a civil complaint, alleging as part of the civil claims an action for assault, battery, damage to property, and intentional infliction of emotional distress.

Obviously, an appropriate legal ground must exist for filing a civil lawsuit.

"Prosecution under the NC Criminal Laws as well as in civil court for civil claims does not violate Due Process or Double Jeopardy."

As such, one may allege grounds for divorce in a civil complaint that are similar to, if not exactly the same as those necessary to establish a prima facie case for accusations of criminal wrongdoing.

Whether you are the victim/plaintiff or criminal defendant, the accusations you level in criminal court AND the testimony and evidence presented at a trial may be relevant to divorce proceedings.

That also can be incredibly important with matters involving a 50B and accusations of domestic violence.

A 50B restraining order may affect possession of the residence and child custody.

Domestic Violence hearings in Wake County, when addressing a civil proceeding consistent with N.C.G.S. Chapter 50B under the DVPO laws are recorded.

The evidence presented, testimony elicited, and legal rulings by the Court can impact what takes place in later Family Court filings and proceedings.

Our goal is to help explain the legal process, making sure you understand the complexities and nuances of the law and how it may affect you.

There may be unanticipated consequences to both civil claims (lawsuits) and criminal charges relating to the exact same fact-pattern.

Retaining legal counsel to file for divorce and a criminal defense attorney to review the implications of a 50B DVPO often makes good sense.

Allegations of Assault on a Female, misdemeanor assault and battery, interference with 911 communications, injury to personal property, et al are serious.

You and your case matter.

"We are dedicated to hard work, compassion, and providing legal advice you can trust."

You may also reach John Fanney by email at John@FanneyLaw.com