When is Larceny a Felony? 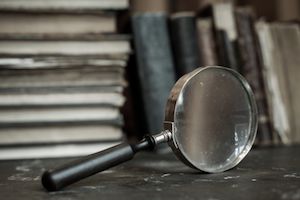 Is stealing from a store a misdemeanor? Not always. It can be a felony charge, but is that the same as Grand Larceny?

What makes stealing from a store a felony? Since there are several scenarios that will bump the charge from a misdemeanor to a felony, we’ll focus on the more common charges.

If you were charged with Felony Larceny after allegedly stealing from a store, then the value of the stolen merchandise is likely over $1,000 dollars. For the record, North Carolina no longer distinguishes Grand Larceny and Petit Larceny.

For the State (the Prosecutor or “ADA”) to convict you of Felony Larceny from a store, they basically need to prove the following:

If you’re caught stealing, they’re allowed add up the cost of all the items to see if the value is over $1,000.

You don’t necessarily have to make it all the way out of the store with the goods to be charged. If you make it past the “last point of sale,” which is typically considered walking past the registers, they can stop you and charge you. 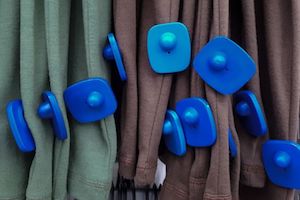 What if the stuff you take isn’t worth $1,000, will that always be misdemeanor larceny? Nope.

It’s not always about the value of the item. There are felony charges if you remove the anti-shoplifting tag.

A quick way to steal from a store and get charged with a felony is to mess with the security device attached to the merchandise.

If you’re charged with Felony Larceny by Removing Anti-Shoplifting Device, the State basically needs to prove the following things to convict you:

Obtaining Property by False Pretense is a very broad charge. Officers may charge someone with this for all kinds of scenarios, not just stealing from store.

When it comes to stealing from a store, one of the more typical ways to be charged with this felony offense is to make a fake return.

The fake return usually happens when you get an item off the shelf, take it to customer service, and try to get a refund for the item without having the receipt of purchase.

Or, in the alternative, if you take an old receipt to a store, select an item off the shelf that is listed on the receipt, and try to return that item as if it is the one listed on the old receipt. 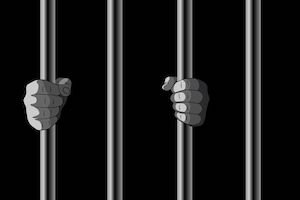 If you are charged with Obtaining Property by False Pretense for making a fake return, the State basically needs to prove that you did the following things:

With this charge, it’s important to note that you don’t have to actually receive something in return. If you lie to the customer service employee, they believe you, and you ask for a refund or something in return, that is enough.

The employee doesn’t have to give you money or store credit for you to be charged. Also, the value of the merchandise does not matter for this charge. It could be a $5 t-shirt or a $1,200 TV. The charge will still be a felony.

For more details on the charges of Felony Larceny, Felony Larceny by Removing Anti-Shoplifting Device, or Felony Obtaining Property by False Pretense, give us a ring. The consultation is free and everything you tell us is strictly confidential.

Larceny cases tend to have unique fact-patterns and can be very complicated. Don’t try to handle this on your own, the consequences of a conviction are serious and long lasting.