Home
DWI Defense
Over the Limit Under Arrest

Over the Limit Under Arrest 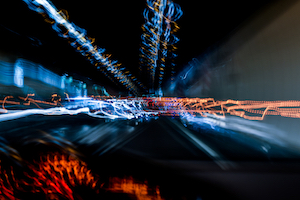 What is the legal limit in North Carolina?

Can I get convicted of a DWI if I blew under or over a certain number?

What happens if I refused to blow?

"As DWI lawyers in Raleigh, we’re used to answering those and many other questions about what is and what is not impaired driving in North Carolina."

There is a fair amount of confusion about DUI charges, in part that’s because the laws have regularly updated and changed.

Can I Get a Hardship License?

That’s particularly true regarding the legal limit. Not that long ago we were concerned with a BAC that was .10 or higher.

What is the Legal Limit in NC?

You may have seen or heard commercials by the NHTSA (National Highway Traffic Safety Administration) such as “Driver Sober or Get Pulled Over,” “Click It or Ticket” and “Drive High Get DUI.”

Obviously, the intent is to warn people about the dangers of drinking, driving, and possibly getting arrested for “drunk driving.”

Should I Blow Into the PBT?

Even assuming the purest of motives, telling the general public to drive while “sober” doesn’t really help explain what is NOT sober driving.

Is it drunk driving?

Is it driving above or below a certain BAC – Blood Alcohol Concentration?

Does “sober” mean any amount of alcohol?

Is it driving while high or having some amount of a controlled substance in your system such as marijuana?

Does it mean a combination of a blood alcohol content and some amount of marijuana?

Whether you personally refer to it as “drunk driving,” DWI or DUI, our laws focus on something called “impaired driving,” not being sober or sobriety.

Who is the Best DWI Lawyer in Raleigh?

In fact, our DWI Law in North Carolina, N.C.G.S. 20-138.1 refers to the offense simply as Impaired Driving.

It also makes mention of being “under the influence” as well as a numerical reading, that being .08.

"Impairment may be proven by several difference ways including but not limited to what you blow on the breath testing machine."

It’s our considered opinion that each case, like each person accused of DWI and each fact-pattern resulting in an arrest, is somewhat unique.

While people tend to try to apply hard-and-fast rules and definitions, the NC DWI laws are written in such a way so as to allow for those differences and individual circumstances.

You Need to Know This About DWI Breath Tests

As such, if you blow .08 that is technically enough to be found guilty of DWI – Driving While Impaired in NC.

On the other hand, just because you blow below .08 or if you Willfully Refuse to blow, the State is not required to dismiss the charges.

Readings below .08 may be prosecuted if there is evidence of appreciable impairment.

Therfore, considering only a numerical reading, the “legal limit” is arguably .079, that being something less than .08.

Is My License Revoked After a DWI Arrest? 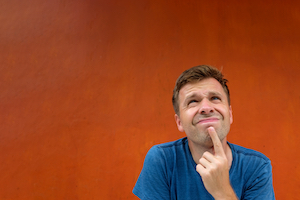 What is allowed may depend on the type of NCDMV issued driver’s license you have in your wallet or purse.

If you have a Class A or Class B Commercial Driver’s License, the legal standard is lower when you’re driving a commercial vehicle.

If you’ve had a prior impaired driving conviction, you may be subject to something DWI defense lawyers often refer to as a “.04 restriction.”

If you are a new or “provisional licensee,” you may not have any amount of alcohol in your system.

"A lot depends on your individual circumstances, the type of license you have, and the fact-pattern of your case."

Your license can be revoked in certain circumstances even if you’re ultimately found Not Guilty.

Is DWI a Felony in North Carolina?

"We love helping people with DWI charges, understanding they require careful attention and dedication to detail."

If you’ve been accused of driving while impaired, we recommend you: